Ever wonder which countries produce most of their electricity from renewable sources like hydropower, wind power, solar power, geothermal and biomass & waste?

Keep in mind that a country like China, which produces the most electricity from renewables, will still have a lower % of total because they generate a tonne of electricity overall. Same with United States. Also these percentages of not anything to do with consumption as many countries export electricity. 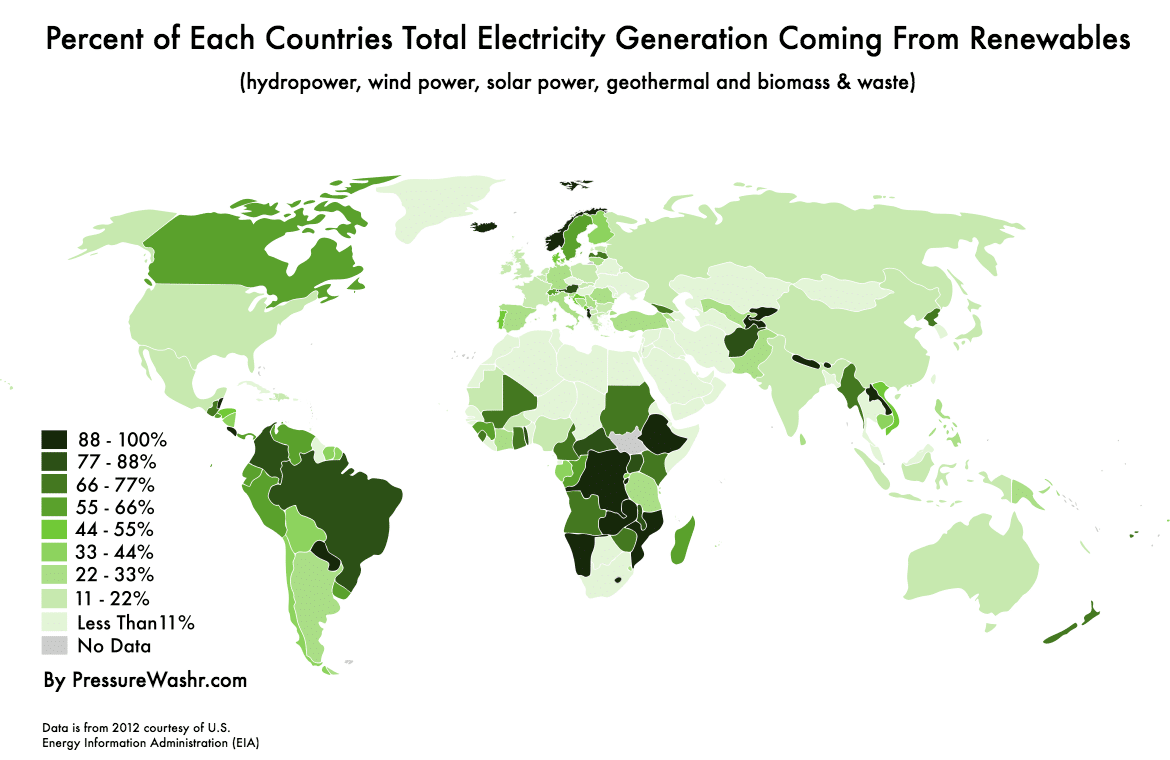 Jamey is the founder of pressurewashr.com and has led testing and reviewing since 2013. He has also worked as a commercial pressure washer at a rendering plant for 3 years and has been using commercial and residential pressure washers for 15+ years. He is also a mechanical engineer and while working in the mining industry designed several turn-key light industrial vehicle wash pads.